Are The Beatles Responsible For the Manson Murders?


That’s what the left apparently believes.

This is because of the “violent rhetoric” that “comes exclusively from the right” (according to Mr. Robinson) and due to an unfortunate coincidence with an image from Mrs. Palin’s PAC. During the campaign season, Mrs. Palin “targeted” 20 Democrats who voted for ObamaCare and yet represented districts won by John McCain in 2008. She called this operation “Take Back the 20” and there was even a website for it.

The picture for this included crosshairs representing the targeted Democrats.

The PAC no longer has the image, but you can still see it on Mrs. Palin’s original Facebook posting regarding the campaign.

This despite the fact that lefties regularly “target” the opposition (it’s a common word in politics). As Verum Serum notes with a couple images from no less than the DCCC.

And despite the fact that on Mr. DailyKos himself also put a target on Giffords.

And despite this post about Gabrielle Giffords appearing on DailyKos a mere two days ago.

I had to show a pic. The post has been removed. Because the left doesn’t engage in “violent rhetoric”.

This also despite the fact that the suspect doesn’t sound much like your typical Sarah Palin loving, Tea Partying, Fox News Watching right wing nutjob.

I had favorite books: Animal Farm, Brave New World, The Wizard Of OZ, Aesop Fables, The Odyssey, Alice Adventures Into Wonderland, Fahrenheit 451, Peter Pan, To Kill A Mockingbird, We The Living, Phantom Toll Booth, One Flew Over The Cuckoo's Nest, Pulp,Through The Looking Glass, The Communist Manifesto, Siddhartha, The Old Man And The Sea, Gulliver's Travels, Mein Kampf, The Republic, and Meno.

Also, his one mentioned favorite YouTube video was of a flag burning. I bet that’s one of Mrs. Palin’s favorites too, don’t ya think? All Blue Star moms love flag burnings.

Glenn Reynolds sums it up perfectly.

Let me be clear, as a great man says: If you’re using this event to criticize the “rhetoric” of Sarah Palin or others with whom you disagree, then you’re either asserting a connection between the “rhetoric” and the shooting — which based on evidence to date would be what we call a vicious lie — or you’re not, in which case you’re just seizing on a tragedy to try to score unrelated political points, which is contemptible. So which is it?

I have an idea. Let’s not use tragedies (or atrocities if you prefer, don’t want to rile up Dr. Krugman, idiot-at-large) to score cheap political points. The guy isn’t a right wing loon, and despite his left-leaning politics, he isn’t a left wing loon either. He’s just a loon.

One last picture, to remind you what this is really about, and it ain’t political cheap shots. 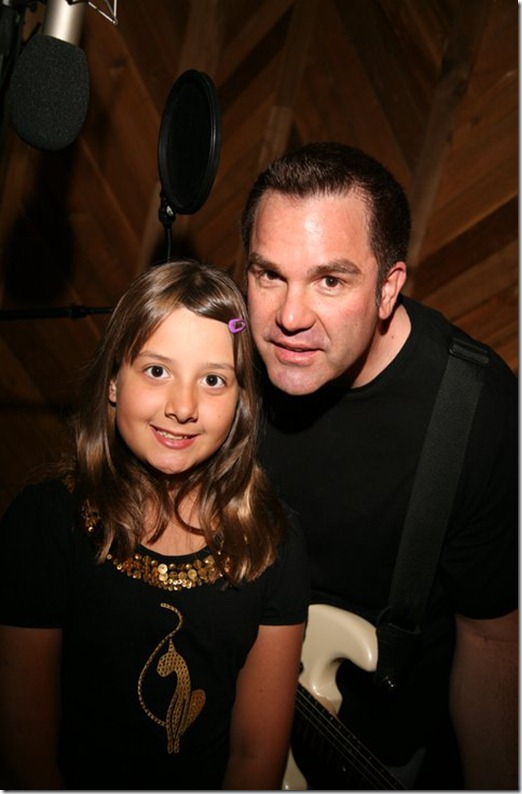 The smiling little girl in the picture is 9 year old Christina Taylor Green, born 9/11/01, who was killed in the shooting.

I’m going to steal a comment from Seven Percent Solution at HotAir.

Some where in Arizona, there is a bedroom of a nine year old girl…

… It sits empty now, after a night of dreams and a morning of anxious anticipation for the day.

Toys, pictures, mementos, and dreams of the bright future ahead all sit silent now as a memorial to the future that will never come…

… There will be no more laughter, no more dreams of the future, no more chance to grow up, fall in love, and have children of her own.

As I pray for all the victims of this senseless act, the death of this little girl hits me hard for I have a son who will be nine in July, and I can not imagine the soul tearing pain her parents are feeling right now…

… Put yourselves in the shoes of the parents of the little girl, who will eventually have to go home, and enter that empty room where they will still be able to smell her and feel her spirit, knowing their daughter that they brought into this world will never be coming home.

If only for her…

Email ThisBlogThis!Share to TwitterShare to FacebookShare to Pinterest
Labels: General

Are there no depths the Far Left will leave unplumbed? To stand on bodies barely cold and hurl poisonous imprecations is beneath contempt... yet even this vile venom remains safely within our First Amendment Right to Free Speech. Far better are those who take time for reasoned reflection on the consequences of their words before loosing them to the winds of posterity.

Blaming the TEA Party movement for this senselessly tragic behavior makes precisely as much sense (i.e., none whatsoever) as blaming The Beatles for Charles Manson's "family" and the brutish murders of Sharon Tate, Leno LaBianca and five others in August '69.

I AM TEA PARTY. I feel unbounded sorrow for the tragedy in Tucson and the reckless reactions of those who wish harm to my conservative colleagues and the movement-at-large... mere words seem not to suffice for such occasions, yet words are all I have:

May God grant wisdom, tranquility and restraint to those who would take others' grief to shameless advantage, or assign blame to those who share no guilt for the derangement of a poor and pitiful soul. May God grant comfort and serenity to the families, friends and loved ones of the victims, strength to the injured for the long road to their recovery, and may those who have died find naught but the Grace of His infinite mercy...