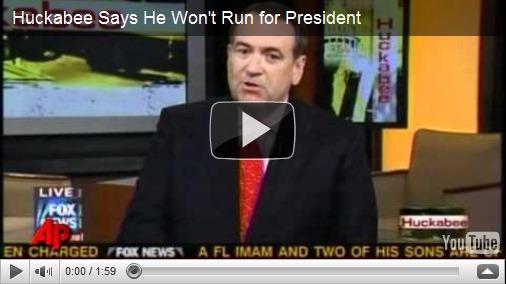 Who benefits? Not Romney. Probably (in order), Daniels, Palin, and Pawlenty. Daniels, if he enters now becomes the de facto front runner. Romney may be listed as the front runner for a while yet, but after his disastrous defense of RomneyCare he’s not getting the nomination. His candidacy is over. The best “anti-Mitt” will win the day. If Daniels enters, that looks like him, as he’ll also win over the “anti-Palin” crowd from the old guard GOP who fears her. If Daniels stays out, then Sarah likely becomes the prohibitive favorite, should she enter. If both stay out, I think we can start talking about Pawlenty’s general election chances.

One thing that might benefit Palin, even if Daniels enters, is that she’ll likely be better at courting Huckabee and his supporters than Daniels. But that may not be enough, as Daniels is going to be a money machine, from the whales at least.

Sooooo if nobody else runs, Pawlenty has a chance?