The other day, I presented a lengthy, if somewhat boring rebuttal to the awful piece by Rex Nutting on President Barack Obama’s (D-USA) spending.

@politicalmath presented another one of his wonderful infographics on the subject late last night. If you haven’t seen it, it’s been promoted to Hot Air. I suggest you take a look. It makes many of the same points that I made, and a few more, but does it in a manner that’s a bit easier to read.

@JimPethokoukis has another. And another. Oh, and one more. The first one is inflation adjusted, which is excellent. The other two, point out the spending in terms of GDP. That’s good, but I prefer absolute dollars, at least if we’re rebutting Nutting. I think % GDP is misleading in this case, since GDP has shrunk. But, you may disagree. There are still some very valid points in all of his writings and I encourage you to read it. He makes one great point that I thought of myself just today, and I haven’t seen elsewhere.

Don’t the House Republicans get any credit for fiscal restraint the past two years?

Absolutely. Remember that if Obama had his way, spending would be much higher. Speaker Boehner keeps saying no and is to be commended here.

Finally, today @danieljmitchell posted a piece on the subject. I’m a big fan of Mitchell, but I don’t think this is his best effort. It’s much like mine. Long and meandering. But he makes one stellar point that no one else has made. And, it’s the actual point of this post. I’m going to dig a little deeper on this one point.

I think all four of us have pointed out that TARP is a big factor in the FY09 spending increase. And that since it balloons FY09, that makes the increases in FY10, FY11, and so on, smaller.

But wait…it’s worse than that!

TARP not only made FY09 spending larger, but it made FY10 and FY11 spending smaller.

Yes, you read that right. How? Because TARP repayments were counted not as receipts (revenue), but as negative outlays (spending) in the budget.

In other words, we spent $160 billion more the last two years than the government has been saying we spent. 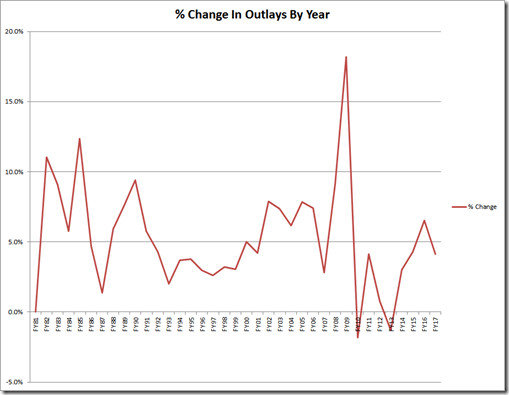 And remember, I’m not doing anything with FY09’s numbers. And we’ve already established that a) FY09 is a poor baseline due to TARP & stimulus, and b) it’s questionable to assign much of FY09 to President George W. Bush (R-USA) in any event. But, even taking that as Obama’s staring point, his spending increases are $160 B more than Nutting is giving him credit for.

you have bad credit but you are not worry because we are provide bad credit auto loan.we are lot of people allowed to give loan.